Find your next great read by clicking on one of our Reading Lists!  Each collection features a curated list of books available in our catalog or through Inter-Library Loan.

All American Boys by Jason Reynolds and Brendan Kiely

How It Went Down by Kekla Magoon

The Hate U Give by Angie Thomas

The Nickel Boys by Colson Whitehead

Between the World and Me by Ta-Nehisi Coates

Down These Mean Streets by Piri Thomas

How to Be An Antiracist by Ibram X. Kendi

How We Fight For Our Lives by Saeed Jones

Me and White Supremacy by Layla F. Saad

Men We Reaped by Jesmyn Ward

No Ashes In the Fire by Darnell L. Moore

On the Other Side of Freedom by DeRay Mckesson

One Person, No Vote by Carol Anderson

So You Want to Talk About Race by Ijeoma Oluo

Stamped–Racism, Antiracism, and You by Jason Reynolds and Ibram X. Kendi

The Black and the Blue by Matthew Horace

The Color of Law by Richard Rothstein

The Fire Next Time by James Baldwin

The Fire This Time by Jesmyn Ward

This Will Be My Undoing by Morgan Jerkins

Black Is a Rainbow Color by Angela Joy

For Black Girls Like Me by Mariama J. Lockington

Freedom Over Me by Ashley Bryan

Hair Love by Matthew A. Cherry

I Am Enough by Grace Byers

Piecing Me Together by Renee Watson

Roll of Thunder, Hear My Cry by Mildred D. Taylor

Ruth and the Green Book by Calvin A. Ramsey

The Day You Begin by Jacqueline Woodson

The Night Is Yours by Abdul-Razak Zachariah

The Other Side by Jacqueline Woodson

The Stars Beneath Our Feet by David Barclay Moore

Heart and Soul by Kadir Nelson

I Have a Dream: Martin Luther King Jr. by Kadir Nelson

Books That Connect Us

BOOKS TO CONNECT US

Here is a short list of books for adults that may be of interest to you during this stay-in-place time.

The Rosie Project by Graeme Simsion

The Girl Who Chased the Moon by Sarah Addison Allen

The Sweetness at the Bottom of the Pie by Alan Bradley

The Passengers by John Marrs

A Madness of Sunshine by Nalini Singh

The Boys in the Cave by Matt Gutman

We Fed an Island by Jose Andres and Richard Wolffe

The Day the World Came to Town by Jim Defede

From Scratch by Tembi Locke

Into the Planet by Jill Heinerth

The Happiness Project by Gretchen Rubin

Julián is a mermaid by Jessica Love

Alma and How She Got Her Name by Juana Martinez-Neal

The Proudest Blue : a Story of Hijab and Family by Ibtihaj Muhammad

A is for Activist by Innosanto Nagara

All Are Welcome by Alexandra Penfold

You Matter by Christian Robinson

Just ask!  Be Different Be Brave, Be You by Sonia Sotomayor

Breaking the Silence Habit : a Practical Guide to Uncomfortable Conversations in the #MeToo Workplace by Sarah Beaulieu

The Person You Mean To Be : How Good People Fight Bias by Dolly Chugh

White Fragility : Why It’s So Hard for White People to Talk About Racism by Robin Diangelo

The Power of Disability : 10 Lessons for Surviving, Thriving, and Changing the World by Al Etmanski

The Memo: What Women of Color Need to Know to Secure a Seat at the Table by Minda Harts

#MeToo in the Corporate World: Power, Privilege, and the Path Forward by Sylvia Ann Hewlett

Subtle Acts of Exclusion: How to Understand, Identify, and Stop Microaggressions by Tiffany Jana

Inclusify: The Power of Uniqueness and Belonging to Build Innovative Teams by Stefanie K. Johnson

In the Land of Men: A Memoir by Adrienne Miller

We Can’t Talk About That At Work! by Mary- Frances Winters 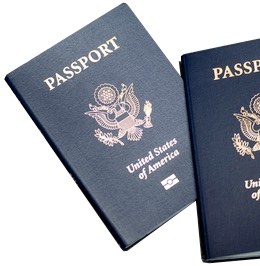 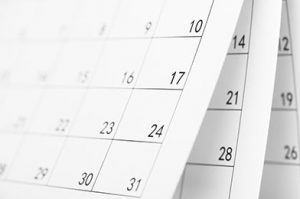